As in the the year before team USA 1 from the Lauderdale Yacht Club with Stephan Baker, Connor Boland, Sara Schuman, Jack Redmond and Lauren Hamilton was on top of the podium at the price giving ceremony of the optimist team cup 2017. Only Connor Boland had already participated as a team member in the 2016 edition demonstrating the extraordinary sailing resources of the LYC. 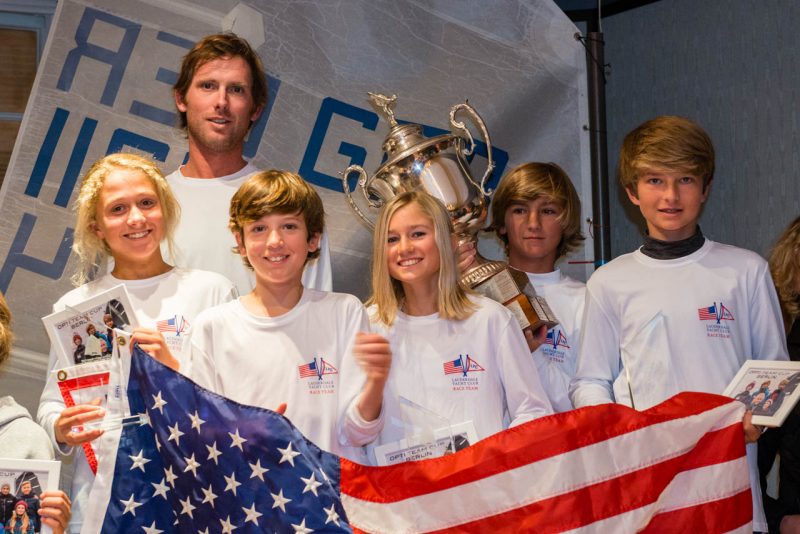 Having dropped the first race to Sweden, last years runner-up, they managed to win all their subsequent races of the stage 1 and stage 2 part of the round robin executed on the first day of the championships. Due to the strong wind, the round robin could not be completed on Sunday morning and together with Poland, likewise with 10 races won, the USA qualified for the grand final. These finals could be sailed in the early afternoon, when the wind dropped. The USA managed beat Team Poland in two straight races to claim the championship,