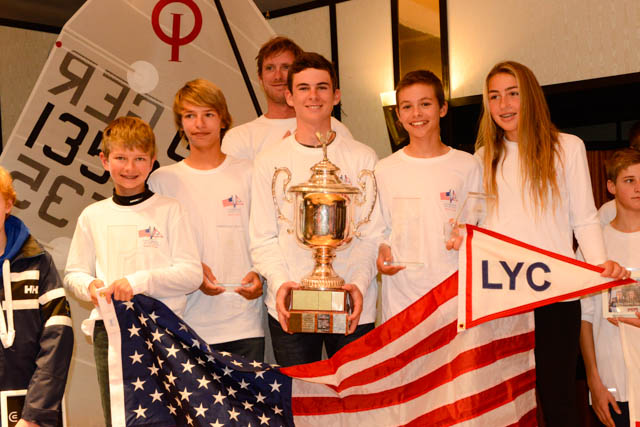 Team USA with Justin Callahan, Mitchell Callahan, Bella Casaretto, Joey Meagher and Connor Boland wins the 2016 Optimist Team Cup with an impressive performance in the round robin and a clear 2:0 Victory in the finals.

Already in the round robin (with each of the 16 participating teams sailing against every other team) Team USA showed a superior performance. With their strong mix of individual boat speed and sophisticated team tactics they managed not to loose a single race and consequently qualified for the best of three finals. Their opponent there was the Swedish team, which had scored 12 wins in the round robin. Despite trying their best to make life for team USA as hard as possible, as in the last year Sweden had to take the ungrateful runner-up position.

The last victory for an USA optimist team at the OTC dates back 6 years to 2010.

Congratulations and we hope that we can welcome such a strong team from the USA again in 2017.