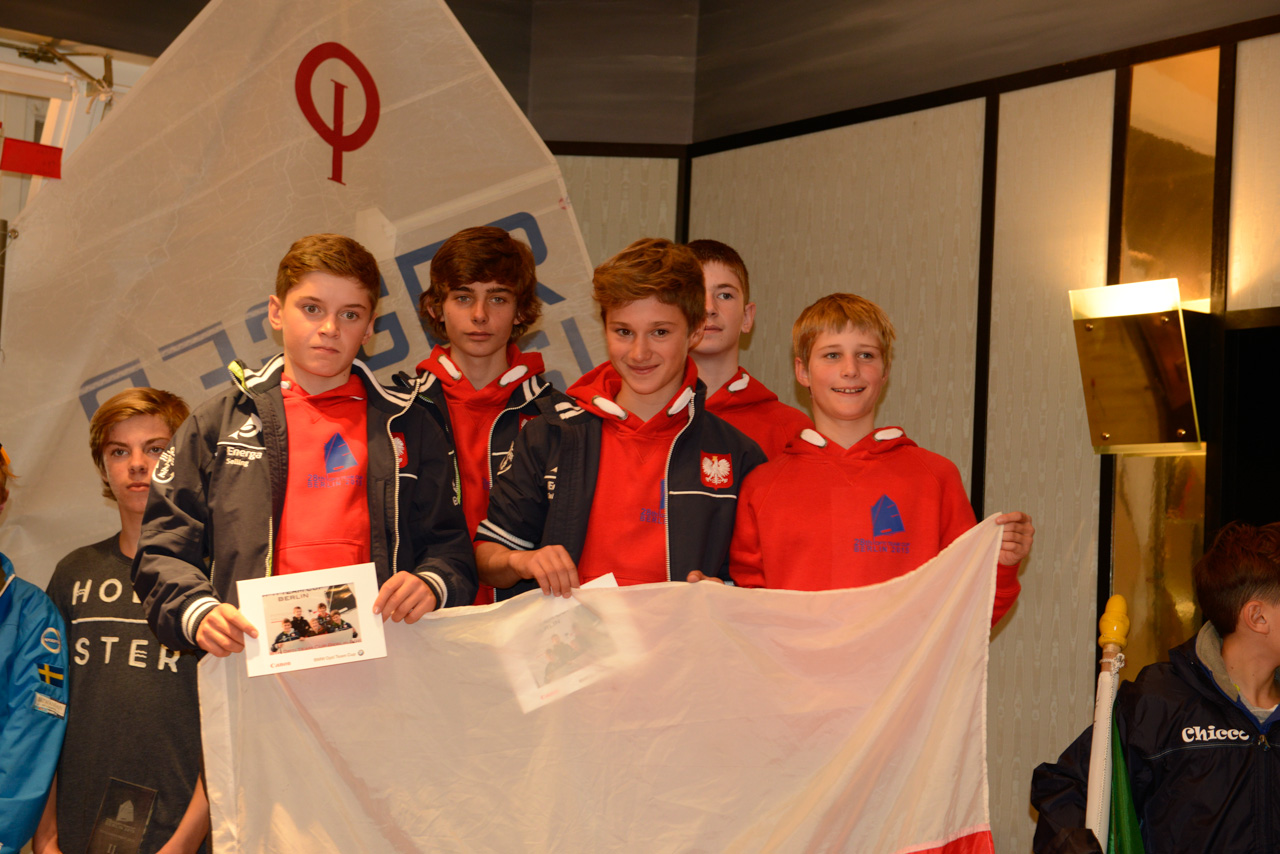 After a rather slow start with some defeats in the first round robin stages the team improved its performance continuously to end up with equal wins with teams Italy and USA at the end of the round robin behind the leading Swedish team.

The tie was resolved according to  Appendix D4.2 of the Team Racing Rules with all three teams having one win in the direct races and Poland out in front with only 30 points in the direct races as compared to team USA with 36 points and team Italy with 52 points. Therefore Poland achieved second place in the round robin and moved on to the final.

Congratulations to the Polish Team!