On Friday 25th October, in less than only 2 days, the Potsdamer Yacht Club (PYC) will be hosting again the Berliner Optimist Team Cup 2019, that will take place as usual in the Wannsee frontwater.

This year PYC is welcoming only 12 teams against the 16 forseen, because unfortunately some teams cancelled participation at a short notice or some had difficulties in building a team.

As we remember, the previous 31st race cup was won by Italy, a very strong team (see Facebook page https://www.facebook.com/optiteamcup/) leaded by its trainer Marcello Meringolo, the same team winning this year also in the World Championship Cup in Antigua. 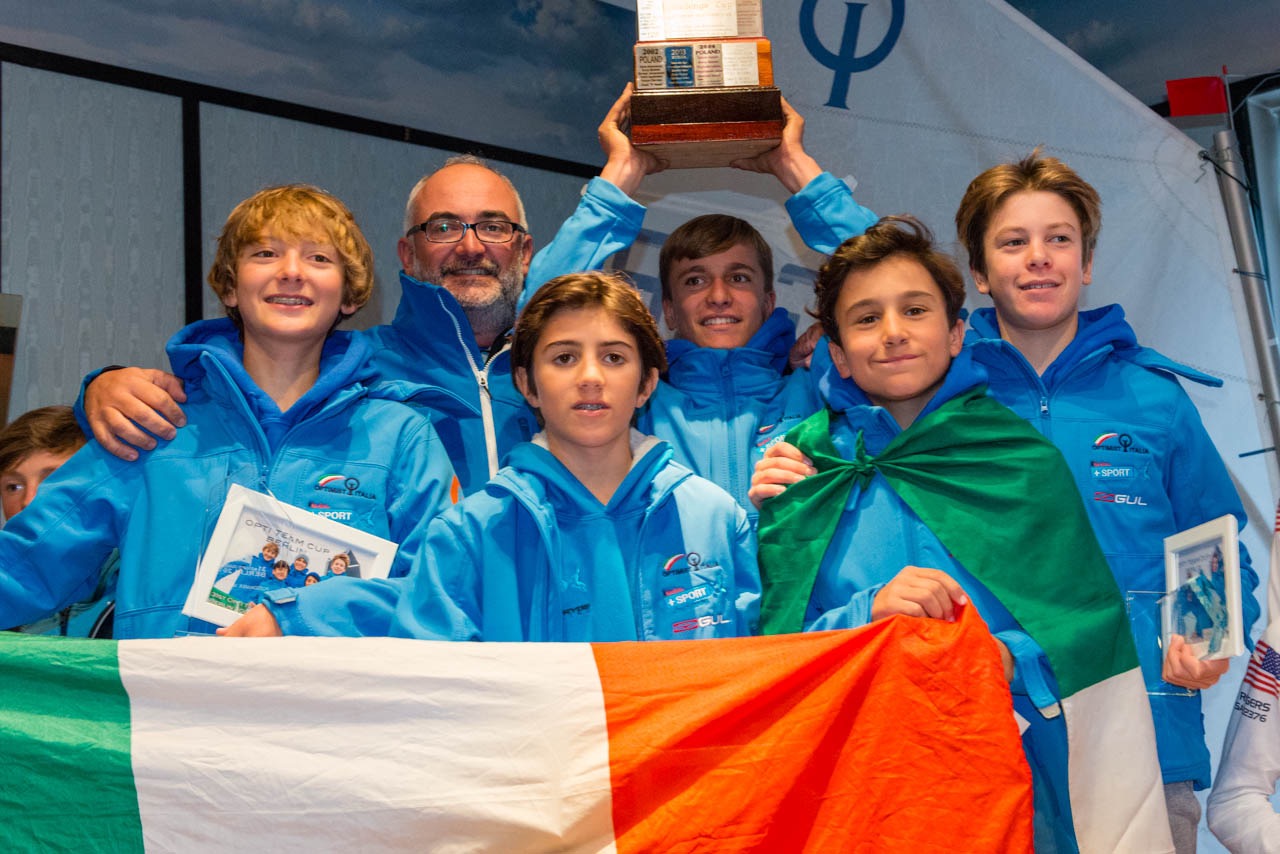 Of course, with these premises, this team is a strong candidate for the podium, together with the Polish Team, which took the second place in 2018 and of course the winner of 2016 and 2017 edition, the team USA 1 from Lauderdale Yacht Club.

In the next few days the PYC will host these international teams by providing breakfast for all participants and helpers on Friday morning. On Friday the first races will take place, two complete round robins are scheduled for the next days, with the finals on Sunday. For the finals a spectator boat is available to follow the action up close; the event will end on Sunday evening in the Great Hall of the PYC with the award ceremony (see the program details here Zeitplan_OTC2019).

The results will be published on the PYC website in a short time and probably it will be possible to follow the finals in live broadcast as Facebook feed.