Woolen hats, long days of racing and hot chocolate on the water await: the 31st Optimist Team Cup (OTC) is only one week away. While volunteers at Potsdamer Yacht Club have been busy for several months making all the arrangements necessary for such a big event, the first international teams will arrive at the beginning of next week for their training sessions on Lake Wannsee. This year’s edition is special, as it is the first three-day Optimist Team Cup in the regatta’s history. One more day of racing means there will be more races for all teams, with additional gold and silver group racing in between the qualification round robin and the finals.

As always, the OTC program aims to ensure the sailors’ comfort on the water as well as on shore. The regatta starts with a joint breakfast in the PYC club house for all competitors, coaches and team leaders on morning of Friday, 26th October, followed by the official opening ceremony at 9 am. Lunch will be supplied for the sailors on the first two days of racing and of course the „toilet raft“ will be welcoming all sailors in need for a little break. 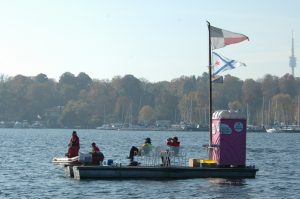 After racing on Friday, sailors and host families usually head out to the inner city of berlin for some sightseeing. Saturday night, after a long day of qualification and gold and silver group racing, the sailors will be treated with Pizza, a raffle and music to wind down before the final day of racing. For the finals on Sunday scheduled at about 1 pm the spectator boat “Botter“ will be available for anyone interested in taking a closer look at the racing. In between racing and prize giving that day, the competitors will be able to pick up some sweets to keep them happy while packing up. 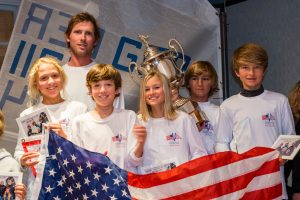 The Team from Fort Lauderdale is hoping to defend its title for the third time in a row. However, there will be fierce competition. The Italian team features very strong sailors, including the two-time World champion Marco Gradoni, who managed to defend his title from 2017 at this years Worlds in Cyprus by a margin never reported at the Worlds before by winning 9 out of 11 races, and the defending European champion Alex Demurtas. The nordic team from Denmark has proven its team racing skills in the skandinavian optimist teams racing league. 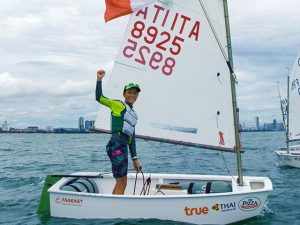 Many others of the international teams from Ukraine, Norway, Denmark, Finland, Poland, Italy, Estonia und Sweden have sailors who have participated in World and European championships this year. The team of Potsdamer Yacht Club will represent Germany as Winner of the German opti teams racing series.

At this stage, the forecast promises a strong breeze for Lake Wannsee next week and we will certainly see some intense sailing and exciting races.